You are here: Home / News / Researchers on work to develop a Lie Detector for Twitter 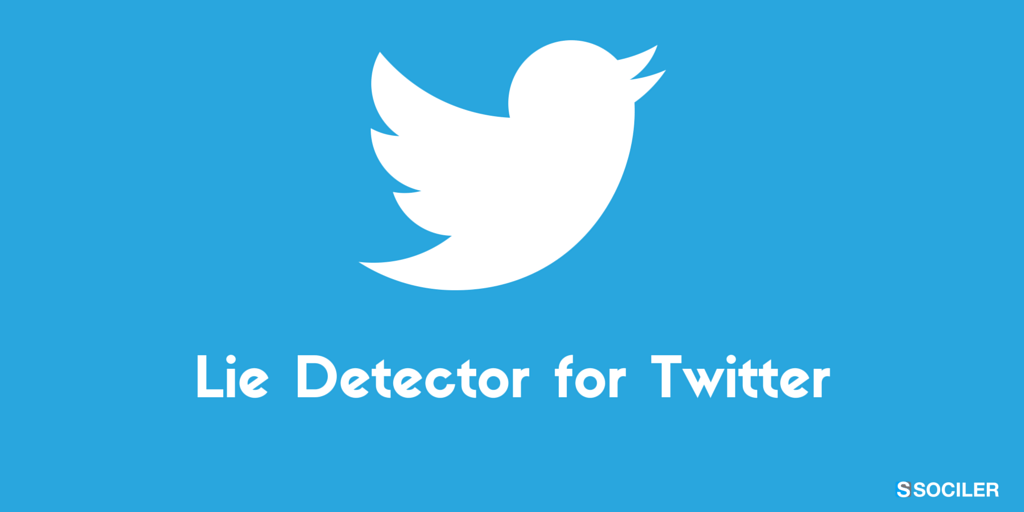 Twitter has developed quickly as a highly effective medium for spreading information among large mass of people very quickly. But it doesn’t mean that all those sensational tweets, which gather focus of people all around the globe, carry any element of truth at all. There have been many instances in which a false information has spread like a fire amongst people, leading to detrimental consequences. One particular case occurred during the London Riots of 2011. What happened during the turn of events was that tweeters spread deceptive information about animals being released from London Zoo and London Eye and Selfridges being set on fire. This led to widespread panic with police attention being diverted from the actual case that needed attention.

But such situations may not arise in near future. There have been reports that researchers across Europe are collaborating to devise a Lie Detector for Twitter to analyze the truthfulness of accounts that appear on social media on real time basis. It is hoped that their system will avoid scandalous rumors and false declarations from spreading among people. The system will be named Pheme, after a Greek mythological figure which was particularly known for shocking but untrue rumor. The creators believe that their system will be able to judge between truth and fiction in the tweets 140 characters or less in an instant manner.

The proposed Lie Detector for Twitter, as the researchers believe, will take into account the news source, the tweet’s language and also the discussions that start after the tweet, while determining whether the tweets are true or not. The lie detector for Twitter will be capable to detect the sensationalist language as well as the strong emotion which are quite commonly engaged when people exaggerate a particular statement, likely to lead to a false rumor. This proposed system of lie detector for Twitter will also be able to identify Twitter accounts which are set up exclusively to circulate incorrect information.

The project for the prospective Lie Detector for Twitter has been funded by European Union and is set to take at least 18 months to complete. The resulting system will group fabricated tweets into one of the four categories in speculation, controversy, misinformation and disinformation. The project was contrived by University of Warwick professor of social informatics Rob Procter. The researchers behind the project include people across five universities and four companies. The lead researcher of the project is Kalina Bontcheva, who is an expert in text mining from Sheffield University. This Lie Detector for Twitter project has been looked upon with great interest from the people across different sectors and is believed to prove as a major boost for social media.

Do you think this Lie Detector for Twitter will be an effective invention? Leave your thoughts below.