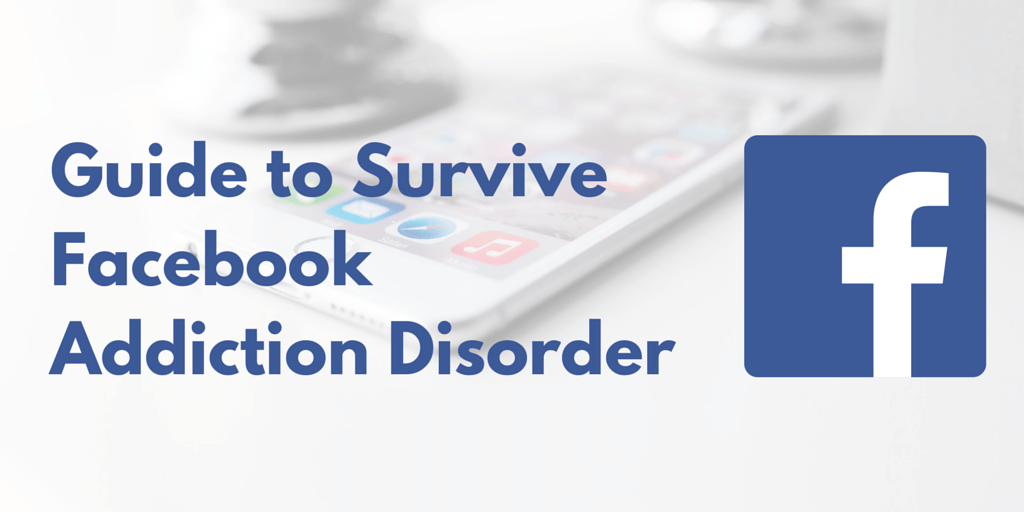 Facebook is the most popular social network today. It has changed the way people communicate with each other today. Just like any other social networking platform, it has its pros as well as cons. In this particular article, we’re focusing on the negative impact of Facebook. Today, a lot of users of this incredible network have developed a kind of addiction for it. U.S. psychologists have even termed the addiction to Facebook as Facebook Addiction Disorder (FAD). As we discussed on our previous article, there are more than 350 million people in the world who suffer from FAD.

So what are the ways to be safe from the hazards of FAD? Don’t worry, we’ve done the trouble for you so you won’t have to deal with the problems of FAD? Here below are the eight sure-shot strategies to survive Facebook Addiction Disorder.

8. Fix time to use Facebook and stick to it.

This is a tricky as well as effective way to survive Facebook Addiction Disorder. Using Facebook has become important today for various reasons and we need to come to it often. If we allocate certain time duration to use Facebook for a day or for one instance and leave it as soon as the time is up, it’ll refrain us from using Facebook for long durations and ending up doing nothing meaningful at all. But we need a strong will power for this method to succeed.

7. Leave Facebook as soon as the job is done.

It is a common story for most of the Facebook Addicts that they come to it for some important task like checking if an important message has come or if somebody has commented to answer their question in some group but end up clicking links all around and spend a lot of time in Facebook. Again, you need a strong will power but leaving immediately after your urgent work is done will do the job.

It’s not easy again! But if you have a dream outside Facebook, you’ll have a purpose to not use Facebook to kill the time off and your dream will pull you out of Facebook’s addictive system. The dreams can be of any scale but you need to stick to it. It can be from being able to play guitar or being able to draw nice paintings to going to Harvard one day or playing soccer for your national team.

Developing creative hobbies is another effective and highly beneficial way to survive Facebook addiction. Most of the addicts of Facebook become its victim because they don’t have any artistic hobbies and don’t know how to spend their time in an effective manner. If you have hobbies like painting, playing a musical instrument, playing soccer, programming and reading literature, you won’t have to spend all your invaluable time with Facebook.

What does this mean? Well, it simply means if you’ve got a limited network on Facebook, the chances of you spending more time on Facebook will be less and consequently it will also be easier for you to survive Facebook Addiction Disorder. Limiting social network means adding only your real and close friends, liking only absolutely necessary pages and joining only the most important of groups. This way, your area on the network becomes limited and your chances of wandering will also be less.

One of the most common reason why people spend more time on Facebook and become addicted to it is that they stalk. Checking out profiles of acquaintances as well as strangers will thrill you and in no time, you’ll be going through their photos, statuses and all such stuffs. This is highly likely to develop as a habit and people become addicted to Facebook for this. So to survive Facebook addiction, you have to avoid stalking at all costs.

This is a short time but very useful strategy. If you have some important work to do on a period of time, like you’ve to prepare for exams, you’ve to complete a project or any other important job, you need to deactivate your account and focus on your task. This will help you from wasting your time on Facebook and you can focus on your task, without any distraction. You can also avoid using Facebook during that time but it might be tempting so deactivating may be a more effective way.

1. Never join Facebook but if you’ve, then leave it.

Do you think following the tips listed above will help you to survive Facebook Addiction Disorder? Do you have other effective tips in mind which will help the users to cope with Facebook addiction? Feel free to comment below.