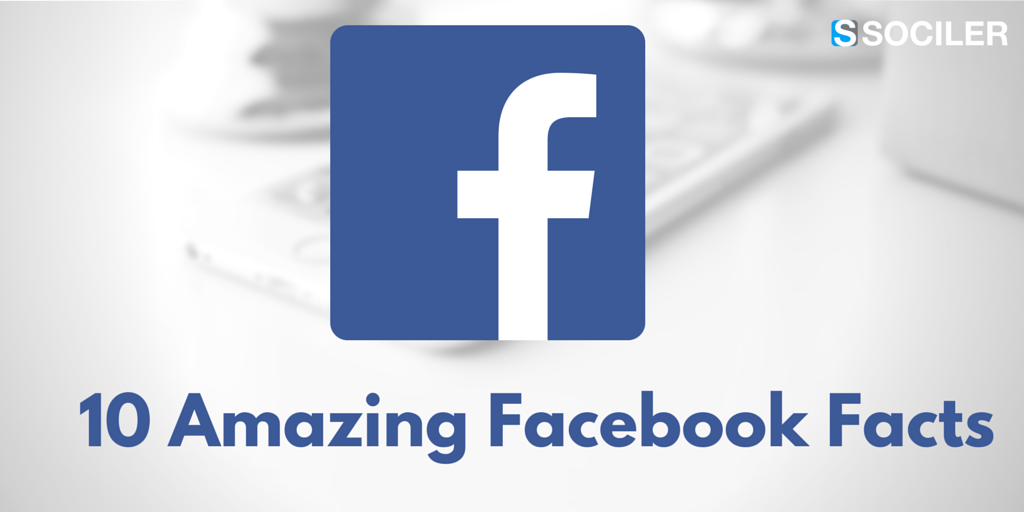 Recently, Facebook turned ten years old. Into its ten years from its inception in 2004, Facebook has become the most popular social networking site and the second most used website, just behind Google. It has changed the world over those ten years, some for good and some for bad. In this article, we attempt to present to you the most amazing facts about Facebook, which are quite unusual and rather hard to believe. Below are the ten amazing facts about Facebook, which you probably didn’t know, before reading the article.

1. The reason Facebook is blue is that Mark Zuckerberg is colorblind.

The founder of Facebook Mark Zuckerberg is red-green colour-blind. The colour he can see best is blue. This is the reason why colour palette of the Facebook website and mobile app are dominated by blue hue. This has been validated by Zuckerberg himself on several occasions at interviews with newspapers and TVs.

When The Economist asked in-house sociologist Cameroon Marlow to crunch the numbers, it was found that an average Facebook user has 130 friends. Women tend to have a little more friends than what men have. But despite those hundreds of friends, people often interact regularly with only 4 to 7 of their friends.

If we find an original bug within the system of Facebook, we’ll reward with up to $500 of cash money. This is cited as the appreciation of Facebook for security researchers. There are however certain terms to be obeyed. The person shouldn’t disclose personal information about others and wait for 24 hours to go public with the bug, which is the time during which Facebook will have fixed its bug.

The image of Al Pacino, the legendary actor, used to appear every time one had to log on to Facebook. It was back in the days before 2007. The image of a sad looking blue guy used to appear on the login page of Facebook, which was later identified to be the image of young Pacino, covered with a fog of one’s and zero’s. It was drawn by Zuckerberg’s classmate and friend Andrew McCollum.

Wait, what is FAD? It is the acronym for Facebook Addiction Disorder, the term that has been introduced by American psychologists for people addicted to Facebook. According to a recent research, more than 350 millions in the world are suffering from this disorder, which is marked by loss of productivity and inability to concentrate.

6. Facebook is the reason for a third of divorces.

According to a research conducted by Divorce Online in 2011, Facebook was cited as a reason for a third of divorces. The information available on Facebook is becoming more and more of a reason for marriage conflicts and in divorce cases, those information are being used for suggesting evidences.

8. Burger King gave away burgers to unfriend people on Facebook.

This is one of the most amazing facts about Facebook. In January 2009, Burger King launched an advertising campaign titled “WHOPPER Sacrifice” and with it, it rewarded users of Facebook with a free “Angry Whopper” provided they deleted ten of their friends. Those unfortunate friends would afterwards receive a message saying they had been unfriended for a burger.

9. A couple got murdered for unfriending someone on Facebook.

This is one amazing fact about Facebook, which is equally shocking too. This horrible crime happened in Tennessee when Billy Clay Payne Jr. and Billie Jean Hayworth unfriended Jenelle Potter on Facebook. To their ill-fate, the father of Jenelle murdered them, in a fit of madness.

10. Adding number 4 to the end of Facebook’s url will take us to Mark Zuckerberg’s wall.

Well, this means entering www.facebook.com/4 on our browser’s url will redirect us to Zuckerberg’s profile. It isn’t exactly known why he chose the number 4. However, it is the shortcut to enter the profile of Facebook’s creator. The numbers 5 and 6, meanwhile, will take us to the respective profiles of Chris Hughes and Dustin Moskovitz, who are the Facebook’s other co-founders.